With straighteners, hair dryers, and curling irons at our fingertips it’s easy to overlook one of the staple tools in our haircare arsenal—the hairbrush. Most of us use one every day, whether it’s for a quick detangle or careful styling—but the hairbrush as we know it didn’t always exist.

The history of the hairbrush begins with the comb. Found by archeologists at Paleolithic dig-sites around the world, combs date back to the origins of man-made tools. Carved from bone, wood, and shells, they were initially used to groom hair and keep it free of pests, such as lice. As the comb developed, however, it became a decorative hair ornament used to display wealth and power in countries like China and Egypt. It was from this display of wealth that the comb’s cousin—the hairbrush—was born.

In ancient Egypt all the way to Bourbon France, elaborate hairstyles that include ornate headdresses and wigs have been used to display wealth and social status throughout history. Because of their primary use as a styling tool (instead of a grooming tool), hairbrushes were an indulgence reserved exclusively for those with the money to purchase them. Even as late as the 1880s, each brush was unique and carefully hand-crafted—a task that included carving or forging a handle from wood or metal as well as hand stitching each individual bristle. Because of this, brushes were usually bought and gifted only on special occasions, such as weddings or christenings, and cherished for life. However, as brushes became more popular, brush makers had to create a more mainstream process for manufacturing to keep up with demand.

In 1777, William Kent founded Kent Brushes in Hertfordshire, England, a company which became the first known hairbrush manufacturer. The company created its brushes from wood and bristle—most commonly made from animal hair or feathers—with each brush taking up to 12 individuals to craft. After 230 years, Kent Brushes still holds the title as “the world’s oldest hairbrush manufacturer.”

After reaching significant developmental heights in England, modifications to the classic hairbrush continued overseas in the United States. Multiple entrepreneurs contributed to the development of the hair tool, including Hugh Rock, a designer who patented his ornate brush sets in 1854, as well as Samuel Fiery, whose patented brushes date from 1870 and included not only natural bristles, but also elastic wire teeth. 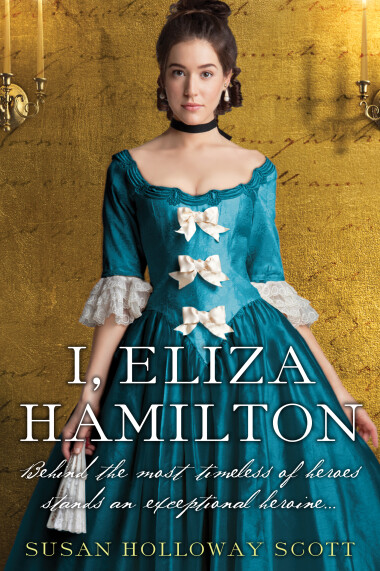 There’s another reason brushes were extremely important with natural bristles and combs made from horn became even more important in the 18th and 19th centuries, according to Susan Holloway Scott, an author of historical fiction who has over 50 books in print and also blogs about history at TwoNerdyHistoryGirls.com. Scott says, “instead of sudsing up with shampoo, women cleaned their hair with a daily brushing regime. First they massaged a fat-based, scented pomatum into their hair to condition it, followed by dusting with a protein-rich powder from ground bones that absorbed the excess oil and dirt like modern dry shampoo. Then came the most important part of the process: a vigorous brushing or combing to sweep out the excess powder and dirt, and also carry the pomatum to the ends of the hair. The result for these ancestors of the ‘no-poo movement’ obtained glossy, conditioned hair that held the elaborate styles of their day.

It took over 100 years and an industrial revolution before the invention of the automatic brush-boring machine in 1885, which allowed for hairbrushes to be churned out at a more marketable speed. It was in this same year that Mason Pearson also created “the original rubber-cushioned brush,” a design that was perfected in the 1920s and remains popular in most modern hairbrushes.

However, it wasn’t until Lyda Newman entered the hairbrush arena that brushes as we know them today truly took form. In 1898, Newman, an African-American inventor, hairdresser, and women’s rights activist, modified and patented the hairbrush to include durable synthetic bristles as well as a ventilation chamber that enables easier cleaning, along with a storage place for any debris pulled from the scalp or hair. For those who use hair dryers, variations of Lyda Newman’s ventilated brush are likely bathroom staples. However, the creation of the round styling brush is credited to French stylist, Patrick Alès, who in 1965 decided to “break free from styling hair with hot rollers” in favor of creating a “blown out” look using a round brush of his own invention.

Today, there is almost as great a range of hairbrushes as there is an array of hair types. Some brushes, such as the Kent Brushes, are still handcrafted with carefully selected wood and bristles, while others are made exclusively of plastic and rubber. Some brushes are for styling, while others remain simple detangling and grooming tools.

So the next time you grab your favorite brush, take a minute to marvel at the time and innovation that has gone into taming your tresses!