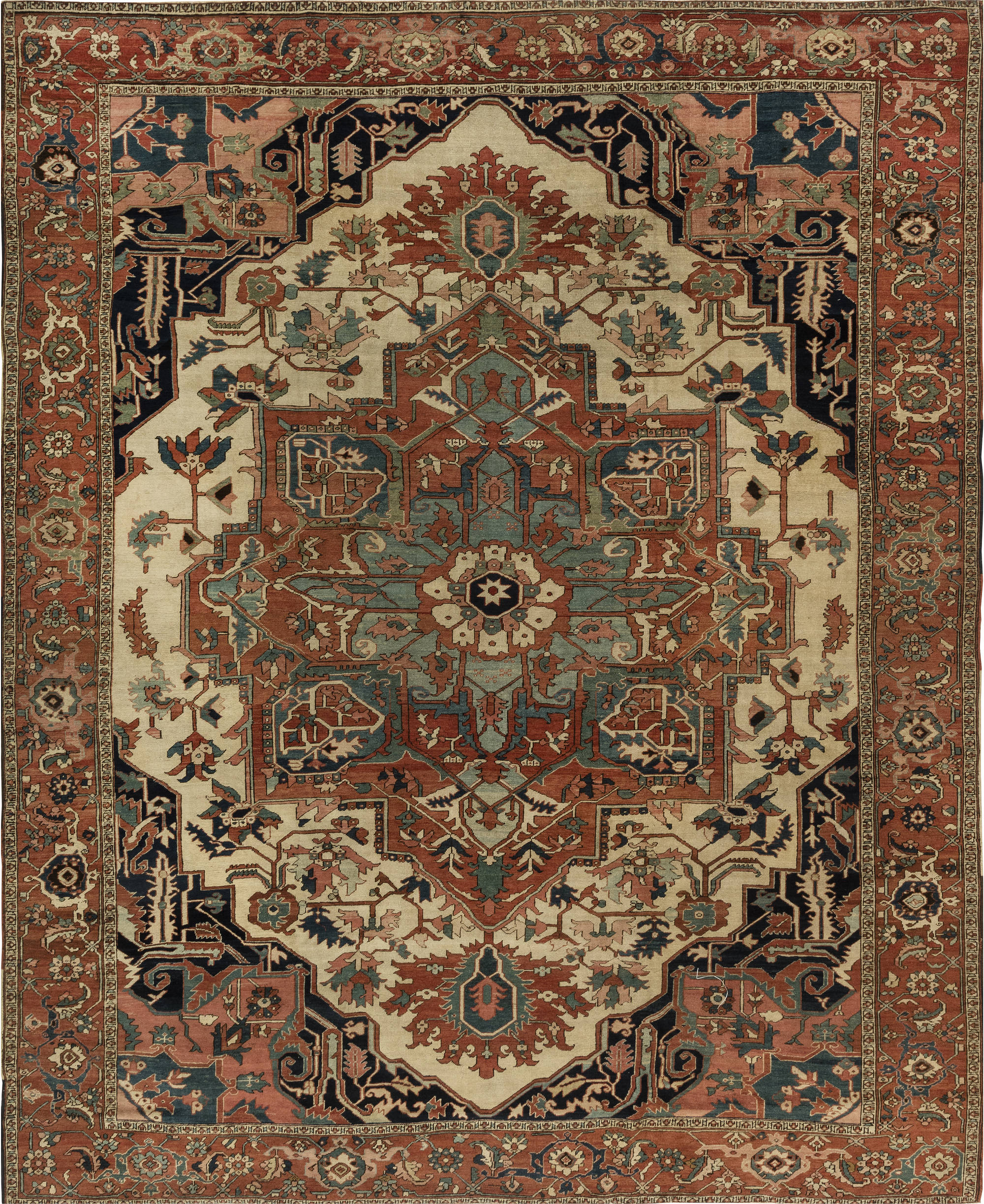 The history of rugs covers about the same time span as human history because people have been using rugs since the early days of mankind.

Animal hides, in addition to being used for clothing, were used as rugs on the floor of a family’s hut or shelter. The hides were also used for sitting and sleeping surfaces and to provide warmth on a chilly night. Other types of rugs and mats were made from crudely woven reeds. Often, a good rug or hide was a family’s most valuable possession.

There are several references to the art of rug weaving in ancient scriptures and classical writing, which helps establish a timeline in the history of rugs for the use of certain rug-making methods or materials.

Different types of flat weaving were well developed more than 4,000 years ago, based on evidence of fragments that were found in Mesopotamian and Egyptian tombs. There is other evidence obtained by those researching the history of rugs that indicates the weaving of pile rugs was present in the Middle East, and parts of Asia long before 2,000 BC.

It seems certain that the nomadic wanderers of Asia were the first group to create rugs in quantity. The raising of sheep was a traditional occupation for the nomadic wanderers and the wool was one of the many ways in which the sheep were utilized. At first, the thick wooly covering of the animal hide was used to protect against the cold. Most likely, the craft of weaving wool into rugs and other items was developed as a replacement for the rough animal hide.

In 1949, an important event in the history of rugs took place. A Russian archeologist named Sergei Rudenko discovered what is known as the “Pazyryk” carpet during the unearthing of a burial site in Siberia. This is the oldest known surviving rug. It was long frozen in ice, which preserved the carpet’s fiber, color and design. It dates back to the 5th century BC and features rich colors, striking details and a hand-knotted technique that is still in popular use. This rug was made with a knot called the Ghiordes (Turkish) knot. The rug had an average of 200 knots per square inch. This rug was a major discovery and prompted more people to become interested in the history of rugs.

The Pazyryk carpet is regarded as an outstanding work of Scythian art. Most rug experts familiar with this piece believe that the nomads who wove it came to the area from the region now known as Mongolia.

There is general agreement that even if the Mongolians first wove pile rugs, it was the Persians who took the craft and made it into a true form of art.

A rug called the “Spring Carpet of Chosroes” (also spelled Khosrows) belonging to the King of Persia was the oldest known rug prior to the discovery of the Pazyryk carpet. The king’s rug, which dates back to about 550 BC, was made of wool, silk, gold, silver and precious stones. It was hand-knotted and measured 400 feet by 100 feet in size and weighed several tons. This massive rug featured many scenes of springtime including birds in flight, flowers in bloom, ripening fruits and a green meadow around the border, which was believed to include solid emeralds. There were stories of the king taking many walks on this rug during the winter to enjoy the colorful depictions of spring.

This rug was ripped into many pieces when the Arabs conquered Persia. This ripping apart was done to get at the precious jewels, which were woven into the rug. Some of the stones/jewels are still in existence and can be seen in museums around the world.

It was after 1,000 AD when the art of pile rug weaving started in Europe, most likely in Spain because of its location in relation to Egypt, Mesopotamia and Persia/Iran – good sources for information about rugs.

According to the known history of rugs, the use and distribution of pile rugs throughout Europe relates to historically significant events such as the presence of the Moors in Spain, the Crusades during the 11th to 13th centuries, the travels of Marco Polo in the late 1200’s as well as the spreading influence from the embassies of Venice from the 13th century onwards.

When Eleanor of Castile married Edward I of England in the year 1255, she brought along many fine Spanish rugs, which probably came from Cordoba or Granada.

Now, the royal couple had rugs, but they were the exception. Most residences in England, including palaces and large houses belonging to land owners, made use of rushes and hay strewn about for their floor covering until the early part of the 17th century. Stories about the daily activities during that time tell us that many lords and royalty had their hay “rugs” replaced every day.

A German traveler by the name of Paul Hentzer wrote in his journal that in 1598 at Greenwich Palace, he personally saw fresh hay being strewn about on the floor of Queen Elizabeth’s chamber.

Over the years, more and more British people of wealth started using pile rugs in their homes. Eventually, rugs became almost as popular in England as in other parts of the world.

It is interesting to note that rugs looking like Oriental rugs can be seen in old European paintings. That supports the belief that Europeans were importing Oriental or Persian rugs long before they learned how to make their own rugs.

Most of Europe, Great Britain and the Scandinavian countries were making their own rugs by the mid 18th to 19th century. However, handmade rugs from these areas are rare today because they can’t compete with the high quality and low cost of labor for Oriental rugs.

Some of the European countries, especially Belgium, developed a major machine-made rug industry after World War II. They concentrated on what they could do well and left the making of handmade rugs to those in a more favorable position for that part of the industry.

There’s a separate page all about the history of Navajo rugs that outlines the interesting history of this uniquely American style of rug. It includes the story about the “Spirit String.”